The Fight for Right to Repair

The Fight for Right to Repair 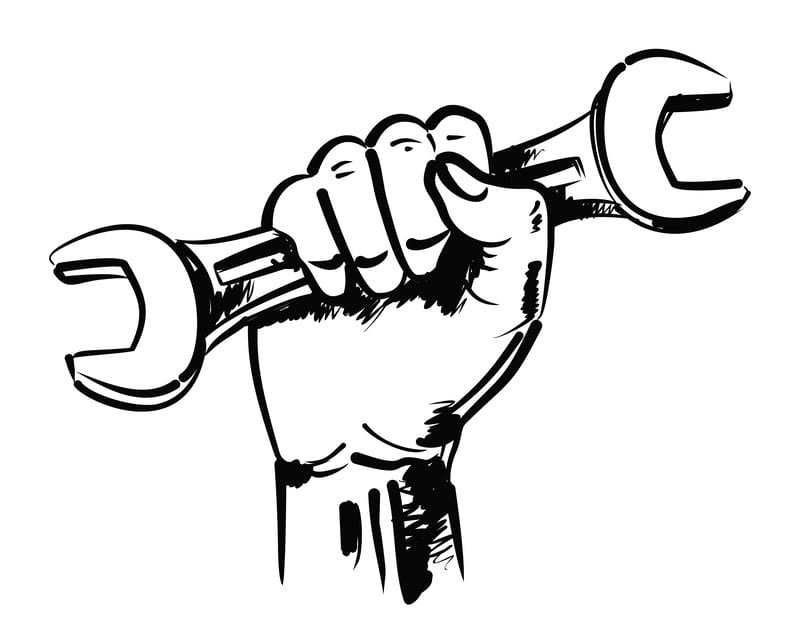 The issue with the current system is that it prevents people from repairing or upgrading their devices and thereby increasing the amount of e-waste being generated. There is an additional consequence of people having to pay more money for new items instead of saving money by repairing items. Planned obsolescence is achieved through a multitude of means with each causing a different challenge for consumers, but ultimately leading to the same outcome (more waste). The most obvious method is making devices with shorter lifespans. It is not necessarily done intentionally but can be a by-product of using components of poorer quality to increase profit. Repairing such devices might not be problematic because the cost of the repair might not be worthwhile or another issue can later develop when another component fails. Consumers would have to gauge if it worth repairing the device or be better off buying a new one with a warranty. There are times where repairs might not be possible because the part needed might not be available, or because the diagnostics tools or schematics are not made available by the manufacture for a skilled professional to be able to diagnose and make a repair. An inevitable issue is devices becoming outdated either due to lack of software/firmware updates or being unable to upgrade components of the device to improve its performance. Many products have short software/firmware support cycles preventing devices from running the latest apps or features even if the hardware itself is capable of running them. It also has the dangerous side effect of vulnerabilities. When software/firmware is not constantly updated, vulnerabilities are eventually discovered and utilized. With Cyberattack rates increasing year over year, older devices might still function, but may not be safe to use, forcing premature replacements to keep networks and information secure. There are devices where the lack of software updates are not the issue, and the software instead starts to overwhelm the hardware. In the past, molecularity allowed for devices to have components swapped out, allowing for components to be upgraded to alleviate performance bottlenecks, along with allowing easy replacement of those components if they ever went bad. Devices like laptops and desktop computers had socketed processors, removable memory, and easily replaceable drives. Over time, more of these devices have integrated these components directly into the board either by soldering them or integrating them into SoCs, requiring you to replace the device if your workload exceeds what it is capable of. All these forms of planned obsolescence not only generate more e-waste but also increase the cost of ownership for consumers by forcing them to buy new devices instead of repairing or upgrading their old devices. With devices costing hundreds and even thousands of dollars, these devices are sizable financial investments for many people.

Unfortunately, electronics create waste both at manufacture and disposal. Much of the manufacturing has been taken overseas not just for cheaper labor, but more lax laws on pollution. Electronic components are created using many different chemicals, many of which are toxic and/or carcinogenic. Some of the manufacturing processes generate by-products that need to be disposed of. However, to cut costs, and because of lax laws in other countries, many companies will just dump the by-products in pits or dump them into waterways. If companies rely on planned obsolescence to sell ever-increasing numbers of devices, this only increases the amount of waste being disposed of in this fashion. The pollutants not only affect people of the local areas where the dumping occurs, but many times waterways will carry these toxins further downstream into the ocean, contaminating the oceans and food chains outside of the countries these practices occur in. Although reusing devices help decrease the demand for new products and thereby reducing some of the production and generation of waste, it ultimately only delays the disposal of that device. For every device that is manufactured, that is one device that will need to eventually disposed of. Some devices will end up in landfills potentially leaching chemicals into the ground around it and possibly contaminating nearby aquifers. For those that end up being recycled, the ultimate result is not significantly better. E-waste Although parts of devices, like metal cases, can be efficiently recycled with little waste, the electrical components, particularly circuit boards end up generating more waste than recoverable material. Most of the value in a circuit board is in the metals contained within. Boards can be ground down, and then drenched through various chemical baths to extra the different metals from the circuit board pulp. The metal contained within the board is a small fraction of the mass. The remaining waste from the processed material along with the waste from the chemical baths gets disposed if similar ways to the original manufacturer of the product. In some very poor areas, they will just burn the circuit boards and wires to expose the metals instead, and separate the metals in more crude methods. The burning of electronics releases toxic and carcinogenic fumes. The environmental cost of both the manufacture and recycling of electronics can be easily seen in many documented cases. Once the land becomes contaminated, there is no viable way of remediating it, any attempts to do so, will only lessen the impact, but never remove it entirely.

The human impact has multiple fronts. Those that deal in manufacturing and recycling often have to deal with exposure. Far too often, there is little to no proper protective gear or safe practices being applied. They will suffer from ongoing health issues and can develop terminal conditions from this exposure. Likewise, those who live in the surrounding areas and areas downstream of the contamination will deal with similar effects. Unfortunately, even if the waste was properly disposed of, future generations will be affected as the contamination will never be fully removed, and these adverse health effects may linger for decades, if not centuries to come. Although planned obsolesces is not solely to blame for this, it does however create the need to produce even more devices using these practices. And finally, it has a financial impact. The impact is not just the obvious one of having to replace devices more frequently, but more importantly, the impact of dealing with negative health consequences from exposure. Treating the health of those ill from these effects, and dealing with contamination through remediation may end up costing more in the long run than the savings incurred by using these bad practices.